Vedic tradition holds that Shiva, ever in ecstatic union (yoga), transferred the scientific methods of yoga to seven royal sages, who then spread it. Over time, the methods mutated and became so diverse that no one could discern clearly a single path amidst the mess. Sage Pantanjali collated the methods, systematized them, and wrote them down with both literary erudition and depth of inner experience. His composition is called the Yoga Sutras, and the name of the system of yoga he established became known as Raja Yoga (The Royal Path to Union), in reference to the original royal sages who received such wisdom.

Yoga comes from the Sanskrit root word yuj, meaning “to yoke”, “to gather”. That state wherein all the seemingly separate parts of ourselves are united or aligned, is Yoga. Yoga is also the name given to those methods and tools that help us achieve this.

Sutra means “thread”. There are many meanings for this word. In Hindu tradition, the first four castes (Brahmins, Kshatriyas, and Vaishyas – priests, rulers, and merchants) – a discussion of the caste system is out of the scope of this article – would become “twice-born” after performance of a fire ceremony upon reaching puberty, at which they would be endowed with a sacred thread worn over the left shoulder and across the chest signifying their twice-born status. Therefore, the use of the word sutra indicates that the wisdom of these verses are to be read and understood only by he who is twice-born, he who has performed the internal fire-sacrifice of his desires, in order to obtain the light of wisdom in the intellect to extract the truths of the verses.

Notice that the fourth caste was left out. Traditionally, the fourth caste of Sudra (labourers) were not allowed to perform the twice-born fire ceremony. Esoterically, the significance of this is that service in and of itself is a purifying fire that qualifies one to be twice-born in time, and hence no external or internal fire sacrifice is necessary. This is implied in the similarity of the words Sudra and Sutra, thus indicating that the common thread that runs through and links all these verses of wisdom, is service. Service unlocks the wisdom contained in these verses, just as the thread pierces through flowers that are strung along in a garland. The other implication is that through diligent “service” or effort in applying the wisdom of one verse, subsequently unlocks the way or path “thread” to the next verse. And lastly, by calling these string of verses a Sutra or thread, Pantanjali is indicating that, just as when making a garland, one chooses what to make it out of – the same thread can be used to string in a garland pearls, or skulls, or flowers, or beads – similarly, whatever the thread of these verses brings forth in one’s life, is dependent on precisely what one chooses to get out of them according to one’s own capacity to understand them.

So, that is the meaning of the Yoga Sutras. It is with this understanding that one begins to study it.

The first verse goes something like, “And now, follows instruction in Yoga”. This means that after every other path to happiness has been tried and exhausted, when one is completely sincere in the pursuit of wisdom, then one is ready to be instructed in the path of Yoga.

One of the ways of describing the Divine is by the word Satchitananda.

Sat is all that is, it is existence, the sum total of everything in existence – whether in the past, now, or yet to come, and on all levels of being (physical, astral, mental, causal, etc). Satya is therefore the word for Truth – that which comes out of Sat (pure existence).

Chit is the next thing that happens. So one is existing, and the awareness is completely of itself or oneself, everything existing is you, and you are everything existing. In that state, there is only Singularity. Once there is the thought of another thing existing separately from that original Oneness of being, then the consciousness moves in that direction for the sake of experience in relativity. This movement of consciousness is Chit, the process of becoming aware of things in and around you and of you. Now, one can truly say “me” and “you” etc. The sum total of all movements of consciousness of awareness is also an aspect of that Being. Out of Sat, Chit occurs.

The play between Sat (purely existing) and Chit (movement of awareness for the sake of experience) is like a dance. A very delightful dance in all its shades of light and dark in relativity and also without relativity. This is blissful. The supreme bliss that is inherent in Sat-Chit on an individual but also absolute level – that is called Ananda or Bliss. Out of Satchit, or the play between Sat and Chit, is Bliss or Ananda.

So Chitta is an extension or modification of Chit (awareness) but it is not the big wave of Ananda, it is a little Chit (Chitta), or that quest for that unalloyed bliss on an individual level, or within the self-created bounds of a localized consciousness (Chit). Since Chitta is limited compared to Chit, its bliss is not lasting, its sweet quest for happiness is not as fulfilling as Ananda. Hence, Chitta can be understood to be the longing in oneself for happiness or bliss, a happiness that is ultimately incomplete and temporary because the awareness behind it is limited. Chitta goes for satisfaction, it is like the appetite of the soul for contentment and peace, and it can be understood simply as the longing in the heart, the memory of the unlimited Ananda-Bliss from which we came, and for which we are seeking. We keep in our hearts the memory of every experience, and the dissatisfaction or satisfaction we experienced drives us forward to seek more satisfactory experiences, we are both aware of our emptiness and animal tendencies of our lower nature – that negative memory of our primal hunger for more, and also aware of our potential to have unalloyed bliss and contentment – the positive memory of our Source. This fluctuation in feeling of awareness between the extremes of the negative and positive memory in the heart, is Chitta.

So after our being (Sat) and our limited awareness (chitta), because it is limited, we cannot experience full bliss (Ananda), because we perceive differences and grades of satisfaction. We then naturally discern what is pleasurable, and what is not pleasurable for us, and try to avoid unpleasant experiences because we really are wanting the uninterrupted Ananda-bliss of an ubound awareness (Chit). So we start to ascribe value judgements to everything we are aware of, based upon whether we like or dislike something that is coming into our awareness, whether from external sources, or from within ourselves. These value judgements based on like and dislike are actually meaningless because how can we, who are not aware of our own value as Satchitananda, limit and ascribe value to things and experiences we do not know properly to begin with? So we judge unjustly or make value judgements perhaps unfairly, but we make them nevertheless for the sake of what we are calling our own version of happiness – the reflection in our little selves of Ananda-bliss. This ascribing value judgements to anything and everything, this repelling and attracting, this liking and disliking, creates much disturbance in our entire awareness. This process is called Vritti. Not only is our happiness limited and temporary because we are aware of limits everywhere – but we also make baseless value judgements continuously in our quest for “happiness”.

So both Chitta and Vritti are results of limitation of our moving awareness, of keeping our awareness or consciousness moving only in the same old grooves and within the same old fence.

This is necessary, we feel, so that we can have an identity, and therefore be able to have a meaningful relationship with something external to us – which has also agreed to limit itself in order to have an exchange with us in turn. This is beginning to sound like a great play, a Much Ado About Nothing.

In any case, it becomes clear that Chitta and Vritti are of our own making, and therefore they can be reversed. If they can be reversed, then we will rest in our own being (Sat), our consciousness will no longer move in a limited manner (Chit), and so we will finally obtain the unbound ever-new Ananda bliss of being, all of which is Satchitananda, our true nature.

Therefore, Pantanjali says that when Chitta and Vritti are stilled, calmed, integrated, dissolved, mastered (all the meanings of Nirodha) – then yoga (union) is obtained. Yoga is that state wherein all the seemingly separate parts of ourselves are united or aligned.

Now, in the western tradition we have a similar thing. 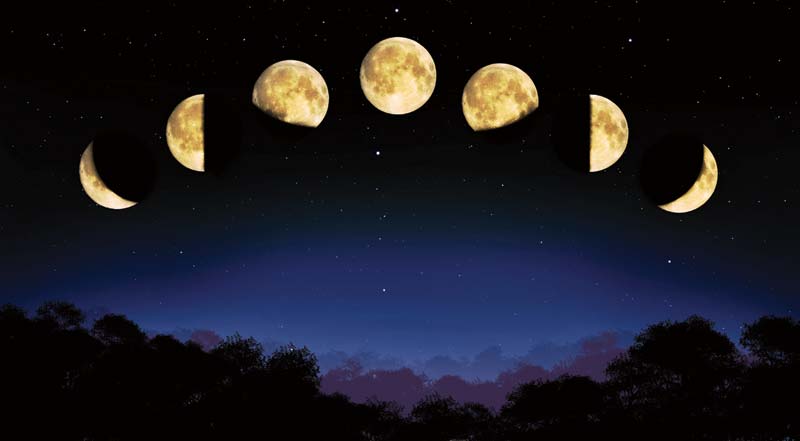 The embodied soul, the Sun, is described as “the light of the Mind”. This light of the will is received by the Moon, and is always in close proximity to Mercury. In a sense, these are the two planets closest to the light of the Sun. Light is the medium for the motion of activating consciousness.

So, I am drawing the following parallels:

Hence, according to the Yoga Sutras, the assimilation and stilling of the Moon and Mercury tendencies, which eat up the energy and vitality of the will (Sun’s light), will allow the will to shine forth in its pure essence of being (the Sun) without these modifications.

Therefore, by understanding astrologically our Moon and Mercury, we can understand those modifications of ourselves that are directing our Sun-light out into matter, and therefore apply effort in the opposite direction in order to reverse/assimilate/master/resolve these modified rays into the singularity of our Sun, our consciousness. For it is Chitta and Vritti, the three spirits, the Moon and Mercury, that create the feeling-attachments and the judgements-imagery that limit our awareness for the sake of experience in relativity.

Therefore, an understanding of Moon and Mercury, and particularly the Almuten over them, is classically called the “Significator of Manner” or “Significator of the Soul”, which in my opinion doesn’t mean the soul (because the soul is unknowable, and its will in this life is indicated by the astrological Sun), but it signifies those issues or themes that limit and project the Soul into the matter of this life, for the sake of this life experience.

For those interested in Yoga, a deep self-study and reversal of these modifications of being (chiita vritti nirodha) is indicated as the path or means to yoga (union). Then we rest in Satchitananda.

This type of astrological analysis forms part of the Spiritual Guidance reading. Please see the Services menu page for more details and for booking.