Scientists and researches may have created a new form of matter, called Time Crystals, because the atomic structure repeat in time. They appear to exist in constant oscillation without energy. Or more specifically, the atomic structure or lattice move and return to their original state with some frequency with the entire system not emitting any of its rotational energy, thus appearing as a system in perpetual motion (well, at least in space). 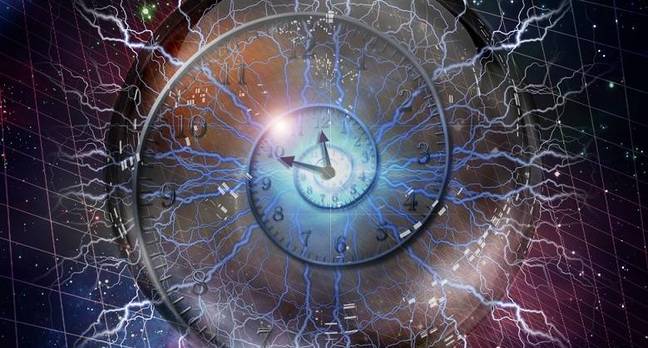 You can read the main contributing article for the details of this possible new form of matter: http://www.sciencealert.com/scientists-have-just-announced-a-brand-new-form-of-matter-time-crystals

The existence of Time Crystals was first theoretically detailed by physicist Frank Wilczek in his paper Quantum Time Crystals back in 2012, for which he received the Nobel Prize. You can view the paper abstract here http://journals.aps.org/prl/abstract/10.1103/PhysRevLett.109.160401

Further reading about Time Crystals:
Published papers in 2012 here
Article by MIT “How to Build a Space Time Crystal” can be viewed here

Subsequent experimentation 2013 – 2015 seemed to debunk the existence of Time Crystals, mostly due to arguments about and validity around definitions of “ground state”.

In 2016, things began to change with a paper published in March that postulated the existence of Floquet Time Crystals (see the article here)

Following this paper, researchers at the University of Maryland, College Park, claimed to have created the world’s first Discrete Time Crystal in late 2016 (see the article here).

Research is ongoing to verify these results fully, and to further understand what this means for Science going forward.

Frank Wilczek was born on 15 May 1951 in Mineola, New York, USA. His paper was published on 25 March 2012. Since there is no birth time or time of publication, I set both charts to solar noon, to construct a bi-wheel, with the astrology for the paper publication as transits to his natal day indicators.

We have a transiting Uranus over his natal Aries Jupiter, indicating some innovative academic or philosophical creative work. The innovative signification is emphasized as the publication and subsequent awards and recognition happen under a closing Uranus square to the natal, indicating that it is a “giving out” of some innovative or genius activity. Uranus is an important planet for him as it is conjunct natal Venus and connected to his Jupiter. Transiting Venus conjoins his Sun-Mars conjunction, while transiting Mars connects to natal Venus-Uranus. The transiting Mercury-Moon square shows perhaps the “publication” – of putting down his thoughts onto paper, which has long term consequence for him (transiting Mercury opposition natal Saturn). Interesting that this major event occurs after both his Jupiter and Saturn Returns as well. It is also relevant that his natal Virgo Moon lies on the Nodal axis, showing a proclivity for science and research, but in a quantum way, with the use of “unseen forces” such a magnetism, lasers, etc as tools. The publication date activates natal Virgo very strongly (trines from transiting Venus and Jupiter, transiting Mars through Virgo, and opposition from transiting Mercury).

The first 2016 paper with respect to Frank’s natal chart has very strong connections. The transiting nodes, Jupiter, Venus, and Saturn all activate his natal VirgoMoon-Nodal axis. This is a very “fated” and dramatic turn of events. Transiting Sun shines light upon his natal Jupiter, and there is a conjunction of transiting Uranus and Mercury.

It is interesting that connections between the 2016 March papers and the Frank’s 2012 paper publication are not so strong. The 2016 March papers even though conducted elsewhere and not by Frank, have incredibly strong connections to his natal chart. This means that in the astrology of the evolution of an idea, the human being is a more relevant “starting point” for analysis and comparison than the event linked to their created works, at least when looking at the development of whatever they created. This makes sense, as a human being has consciousness, their published paper does not. The human being takes precedence over the event, as they are the source of the idea of which one initial paper is but an indicator in the wider world.

The June 2016 final version edits connection to his natal are similarly strong, but with added contacts with Mercury-Mars opposition over his natal Sun-Mars conjunction.

The publication from the University of Maryland, which first actually produced a Time Crystal, is given as 27 Sep 2016 10pm GMT. This shows even more prominent connections to his natal chart, as the Luminaries are involved very closely with relevant natal planets. Transiting Sun-Jupiter conjunction opposes his natal Jupiter (Sun-Jup opposition is partile), and transiting Moon partile trines his natal Mercury (again in the important Virgo sign for him). Transiting Mars (which was natally connected to his Sun) contacts his natal Venus-Uranus conjunction, with transiting Venus partile trine his natal Venus for added support. These are phenomenally engaging connections, with a sense of “first bud thrusting forth”, with the Luminaries and strong Martian influence.

This shows that any planet closely connected to the natal Sun can play a major activating or trigger role in life astrologically to further and activate the natal Sun promise, all other things considered equal of course.

The important points from this short investigation are: 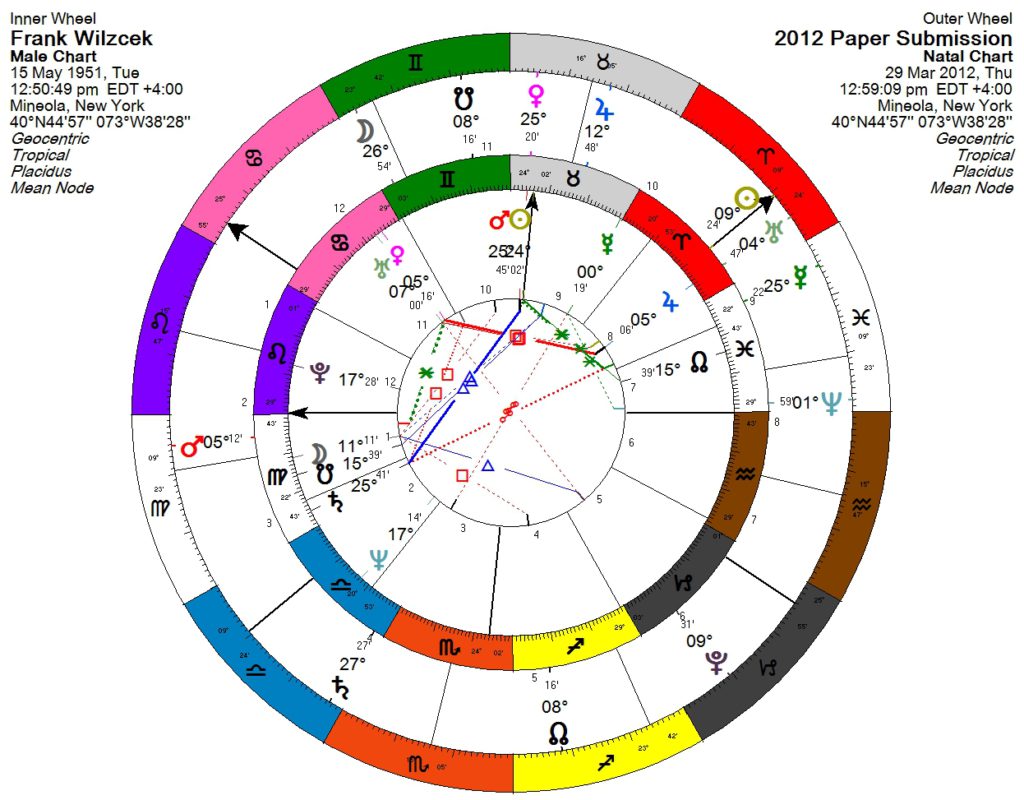 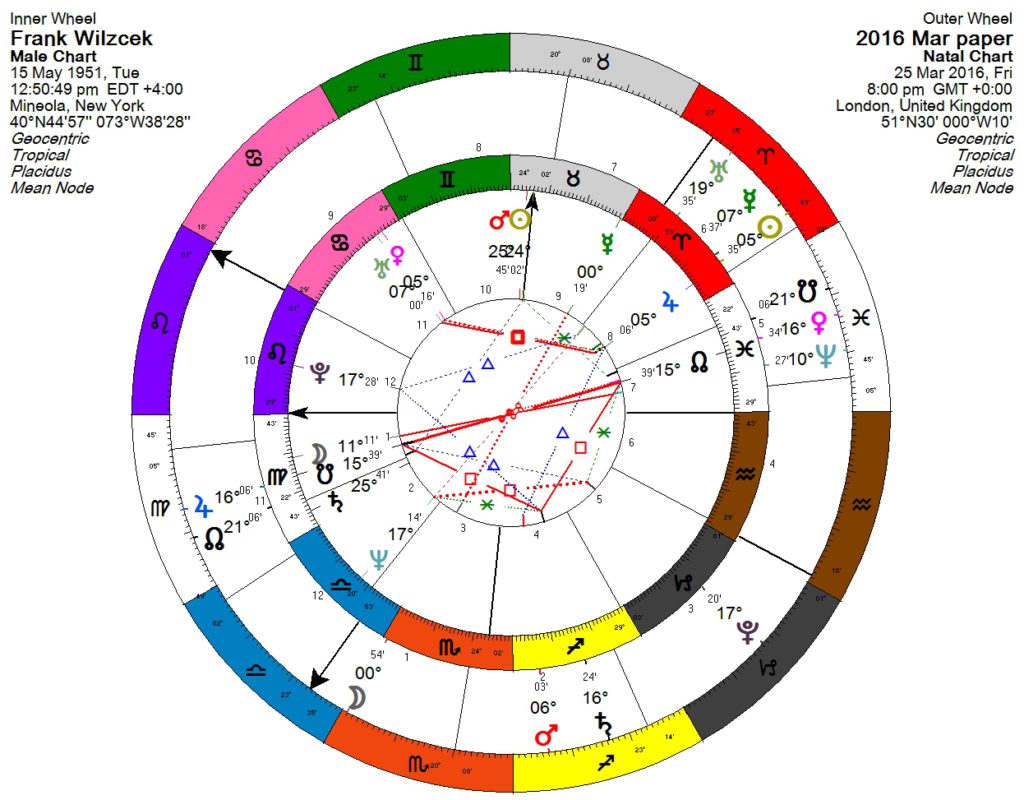 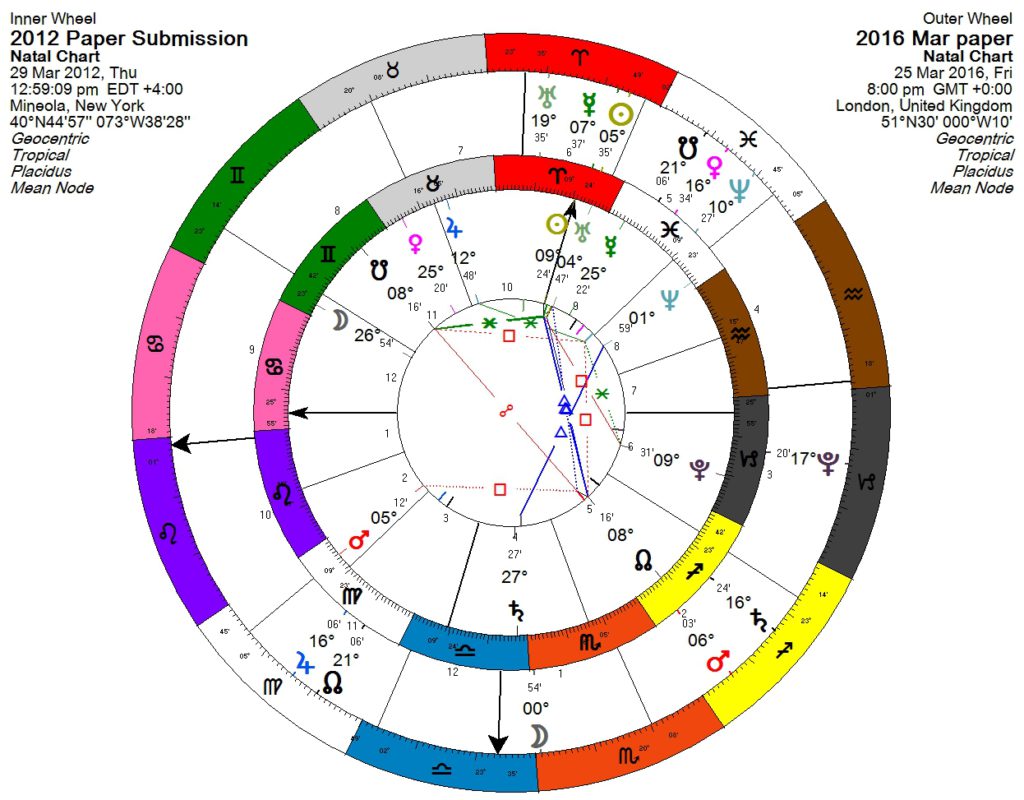 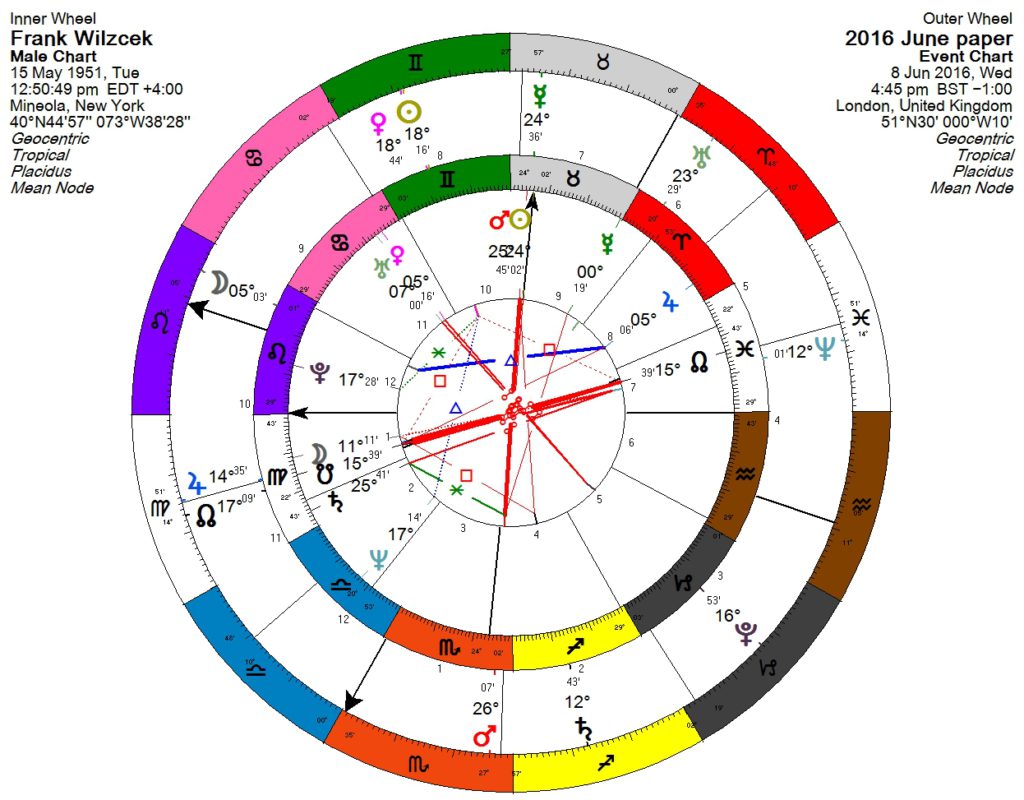 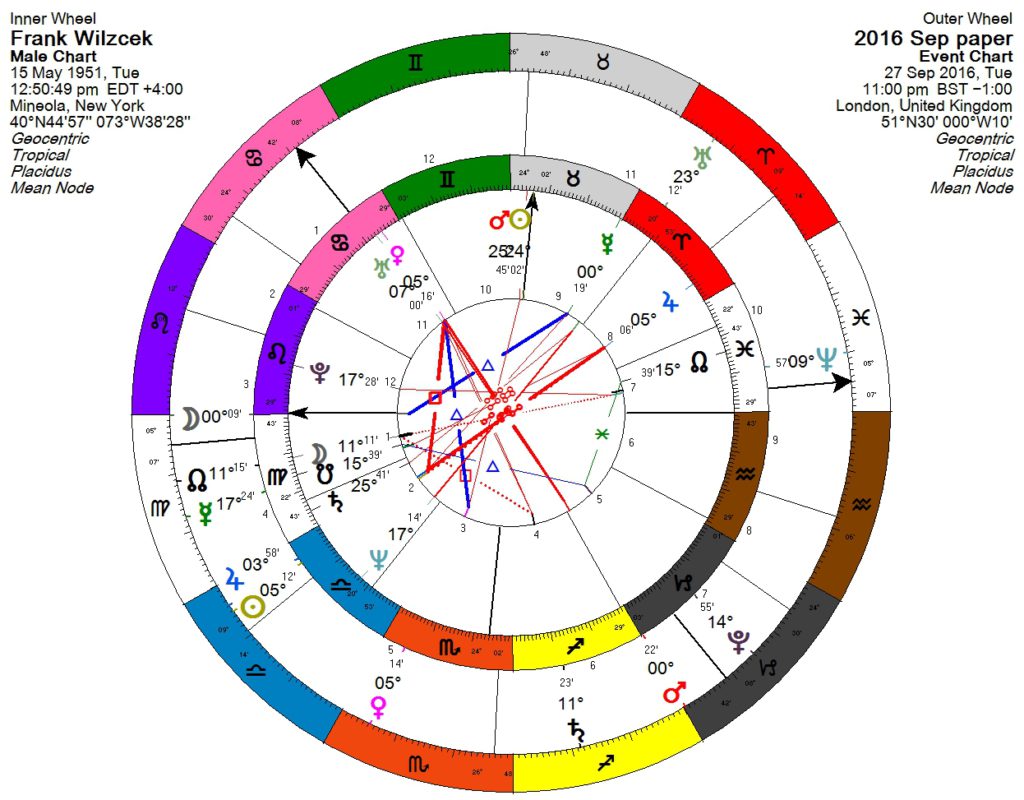 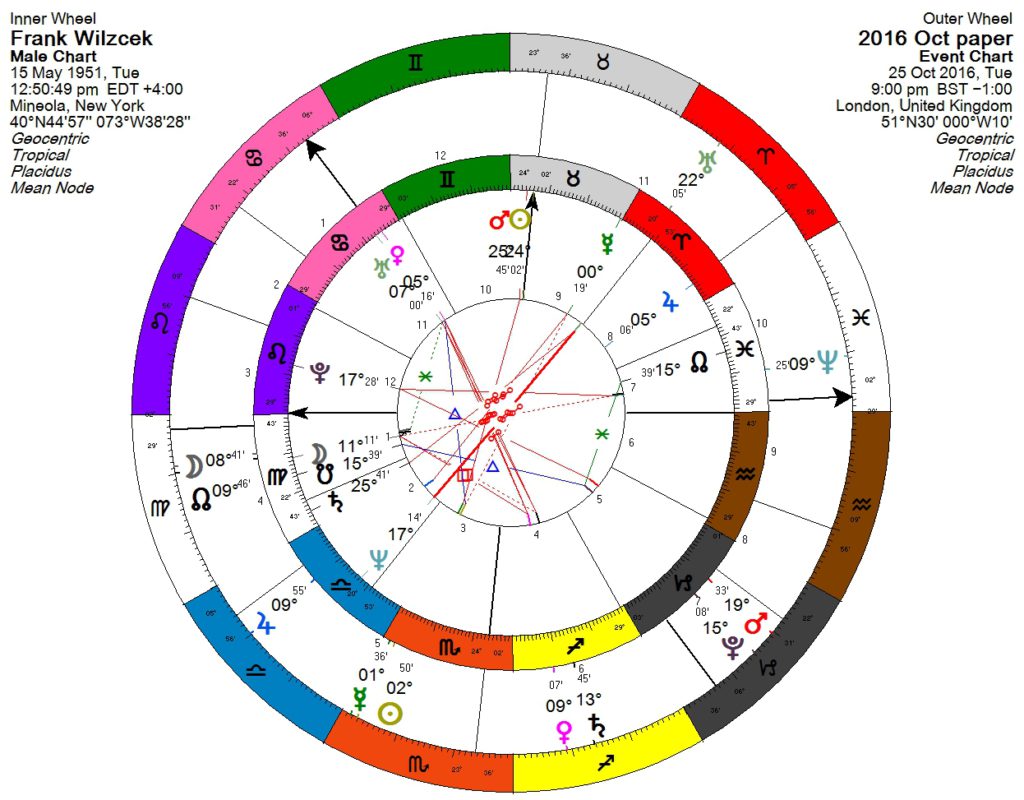